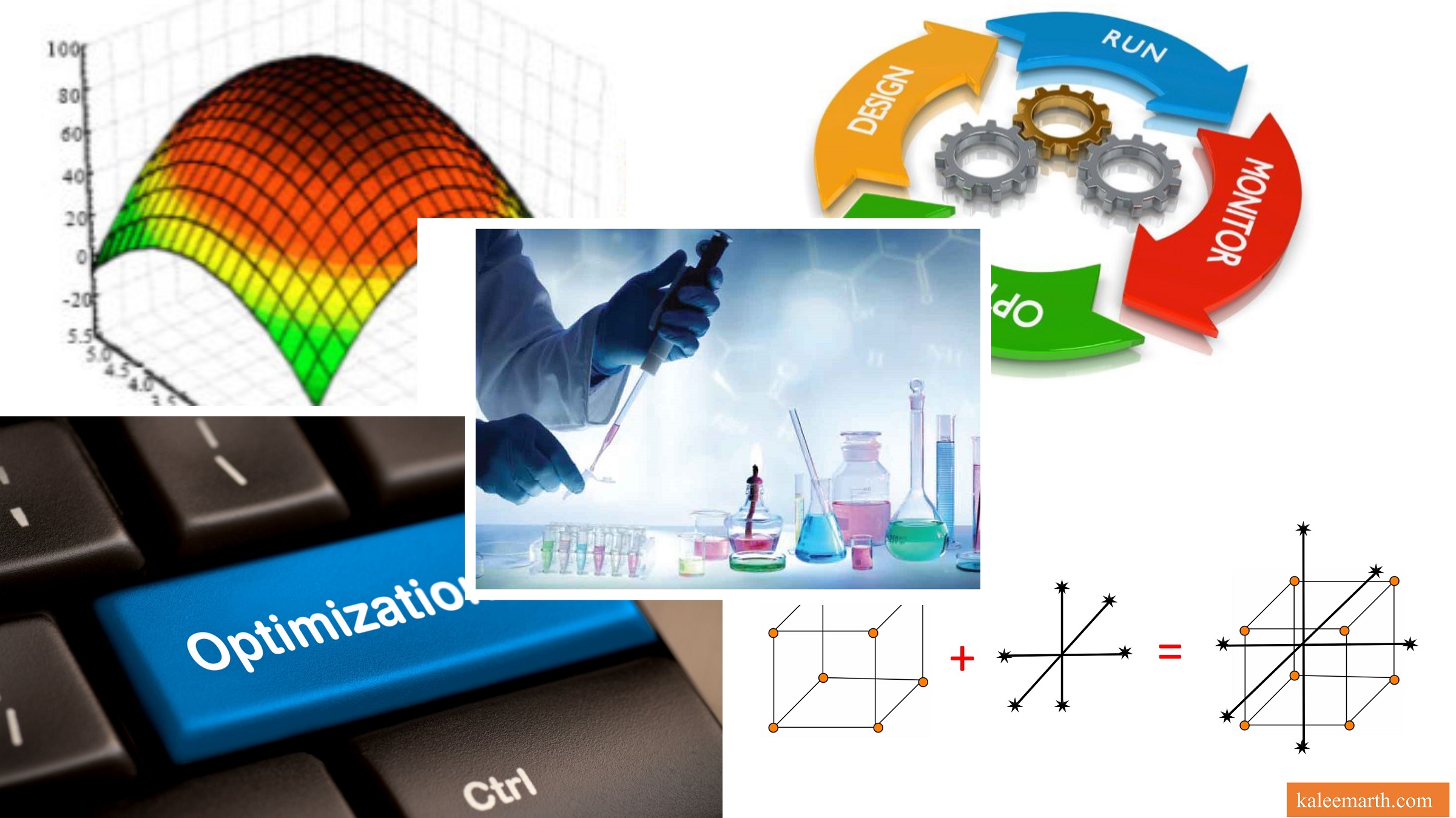 To build an empirical model, the statistical and mathematical collection is called the Response Surface Methodology (RSM). The main objective of RSM is to maximize production by optimizing the response (output variable), which is influenced by several independent variables (input variables). Response surface methodology is proved to be useful for improving, developing, and optimizing processes. It is an advanced tool having three factorial designs involving several input variables and their corresponding relationship with one or more measured dependent responses. To date, the RSM has been broadly used in several fields such as:

In 1951, it was introduced by George EP Box and Wilson KB with a basic idea of the sequence of experiments to get an optimal response.

RSM is a tool of a statistical approach to optimize a process, generally employed to maximize the production of a targeted substance by optimization of independent variables. It is widely used for multiple regression analysis using quantitative data, that would get suitably designed experiments to explain multivariate equations concurrently. Extensive use of RSM becomes just because of conventional methods, in the conventional methods interaction among process variables is determined by statistical techniques. An experiment is a series of tests, called runs, in which changes are made in the input variables (independent) to identify the reasons for changes in the output (dependent) response. It provides the interactive effects of process input variables and their consequent effects on response is graphical represented and discussed. The aim is to search for the optimum spot where the response (output) is either minimized or maximized (depends on the target). The models that will use as:

For example: If we take two input parameters as X1 and X2, one response as Y. See the below figure…. 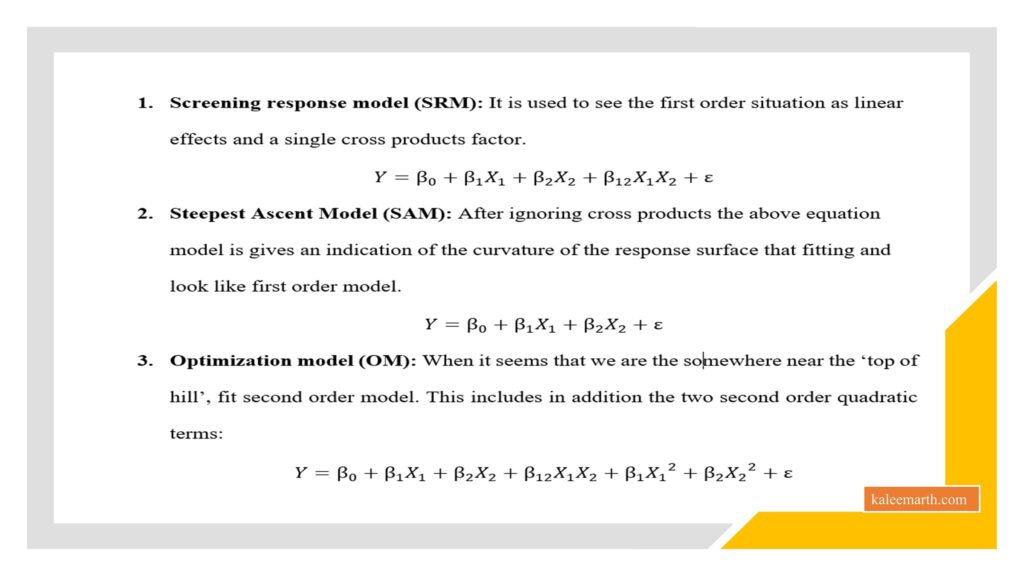 It can be carried out by using the following steps 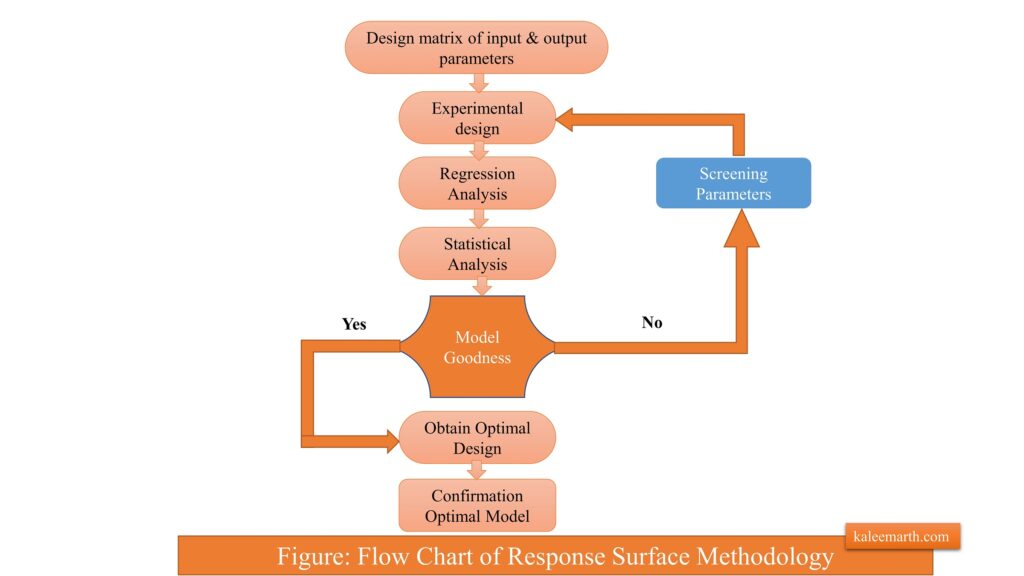 There are two main types of response surface designs:

It is a factorial or fractional factorial design with center points, augmented with a group of axial points (also called star points) that will estimate the curvature. It is generally used to: 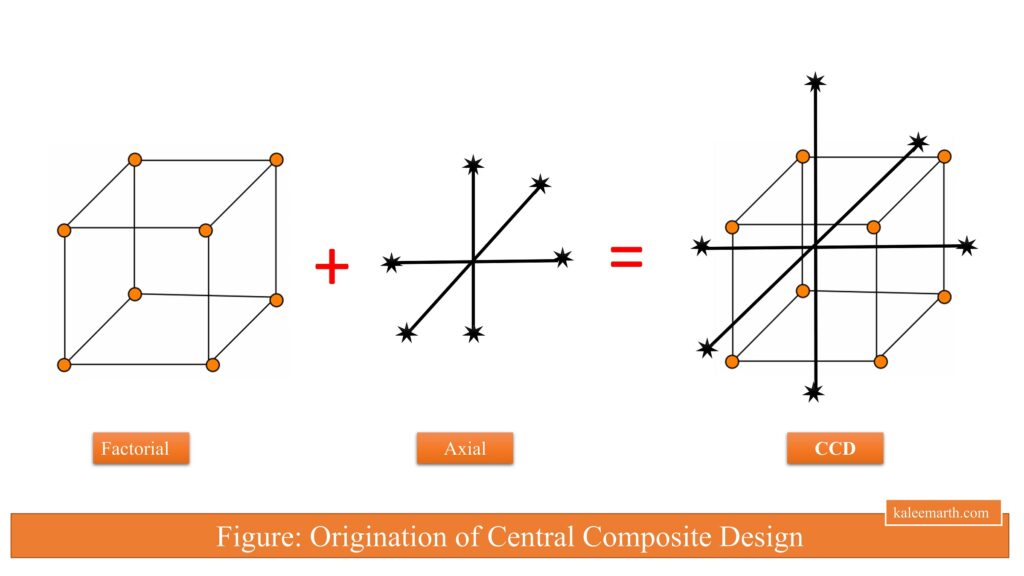 What is a face-centered CCD design?

Types of Central Composite designs (CCD): Three types of CCD can be discussed here as below: 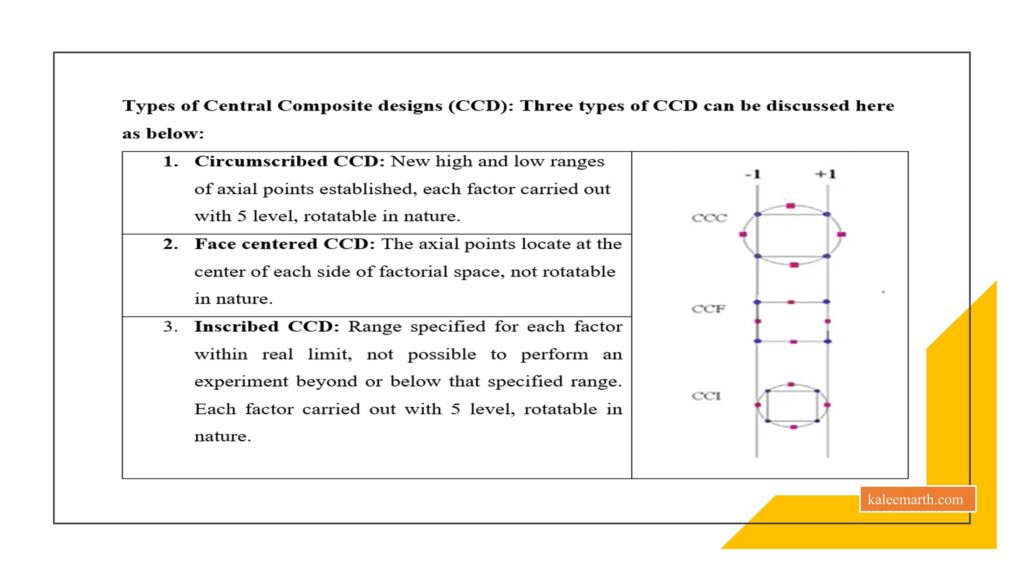 BBD usually has fewer design points than CCD, it is efficient to estimate the first and second-order coefficients. A few things of BBD must be for researchers as:

1 thought on “What is the basics of Response Surface Methodology?”