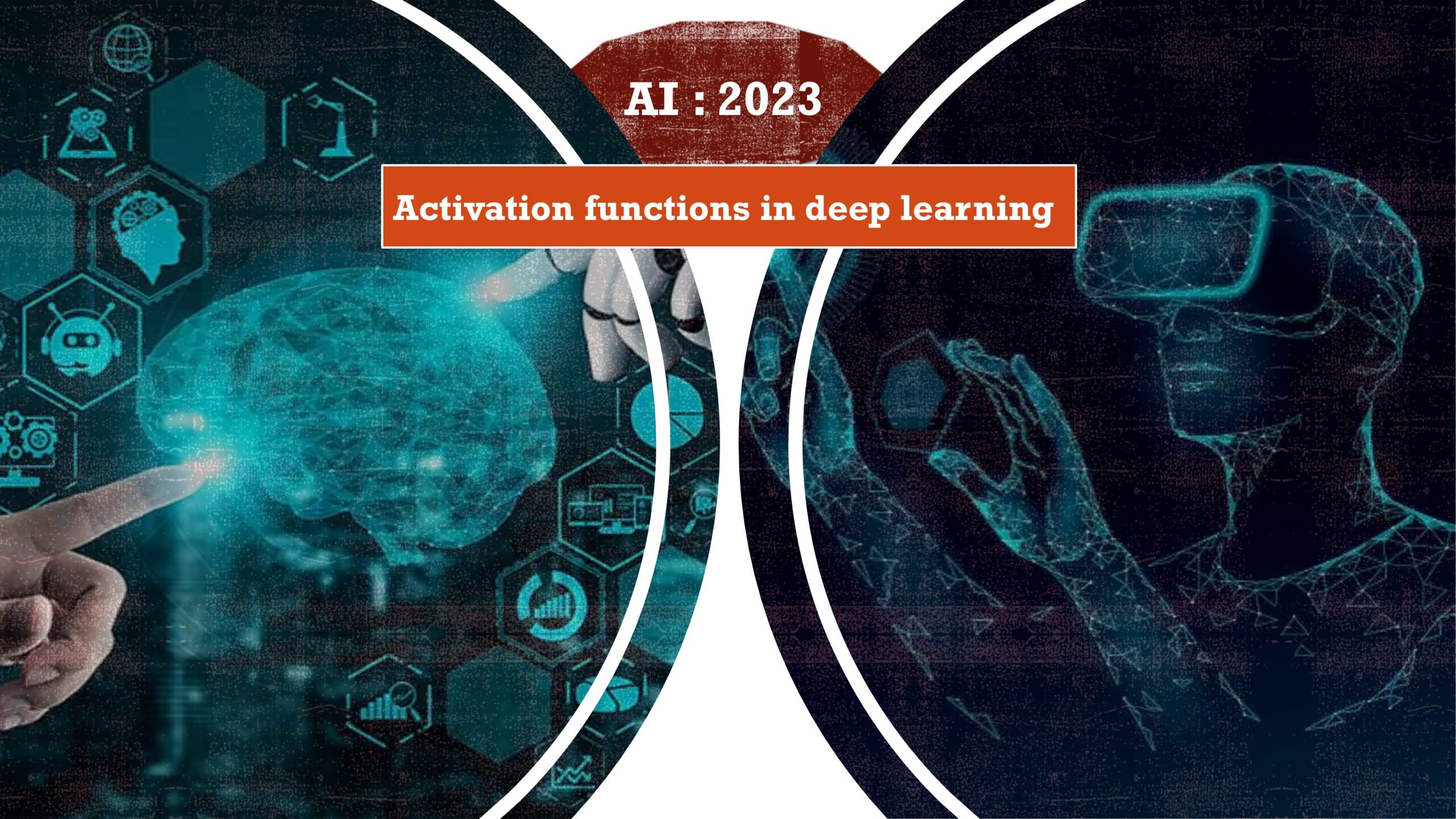 Today, I am going to talk about a very important concept in machine learning; the activation functions in deep learning. This function is responsible for choosing the right neurons to activate to solve a problem. In other words, your activation function is the part of your neural network that decides which neurons should be activated when training a model. It is also responsible for tuning the weights of each neuron to make sure that the model is optimized for the task at hand.

Deep Learning (DL) is a machine learning technique that has revolutionized the field of artificial intelligence. DL uses neural networks to train computers to perform tasks such as speech recognition or image classification. The key idea behind DL is to create a network of neurons called artificial neurons. These neurons are connected via synapses. Each neuron receives input from other neurons through its synapse. The output of a neuron is determined by the weighted sum of inputs received at the synapse. This weighted sum is known as the activation function.

What is Deep Learning (DL)?

Deep learning is a type of machine learning that involves training neural networks, specifically deep neural networks (DNN). DNNs are artificial neural networks designed to work in tandem with human intelligence. These networks have been applied to many different fields including computer vision, speech recognition, natural language processing, and robotics.

What is the Activation Function?

The activation function is a mathematical operation performed on each neuron in a neural network. It’s simply a thing function that returns the output of the node. It is also referred to as the Transfer Function. It determines how much influence a given input has on the output of a neuron. In general, we want our neurons to respond only to inputs that are relevant to their task. We don’t want them to respond to irrelevant inputs. It is merely a thing function that you use to obtain a node’s output.

A threshold value determines whether a neuron should be triggered, and the binary step function is dependent on this value. If the input is larger than a threshold, the neuron is activated; otherwise, it is deactivated, which prevents its output from being passed on to the following hidden layer.

One of the most popular activation functions is the sigmoid function, commonly called the logistic function. The sigmoid activation function is a mathematical term that describes the relationship between a fixed point and a derivative. It’s used in statistics, industrial engineering, economics, marketing, and artificial intelligence. It helps to model how our senses and cognitive abilities change with experience or exposure to new information. The Sigmoid Function curve has an S-shaped appearance, see the figure. It has the mathematical representation shown in the figure. 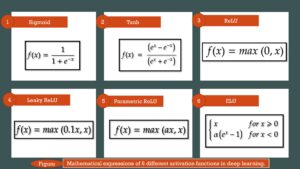 A sigmoid activation function is a continuous function that maps real numbers. The function is differentiable. The Sigmoid Function curve has an S-shaped appearance, see the figure. 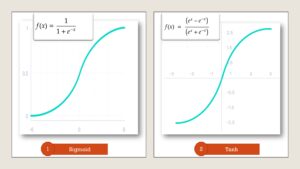 Therefore, we can determine the sigmoid curve’s slope between any two points. Although the function is monotonic, its derivative is not.

Currently, the ReLU is the activation function that is employed the most globally. Since practically all convolutional neural networks and deep learning systems employ it. ReLU is referred to as Rectified Linear Unit.

Both the function and its derivative have a monotonic behavior. Although it appears to be a linear function, the big catch here is that the ReLU function does not activate all neurons simultaneously. It can be expressed mathematically as in the above figure.

Over the ReLU activation function, leaky ReLU is an improvement. It possesses all ReLU characteristics and never experiences the issue of dying ReLUs. The advantages of Leaky ReLU are the same as those of ReLU, with the bonus that it supports backpropagation even for negative input values. 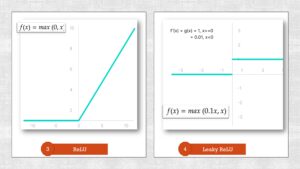 It is an additional ReLU version that seeks to address the issue of the gradient turning to zero for the left half of the axis.

For negative values, “a” is the slope parameter.

When the leaky ReLU function fails to solve the problem of dead neurons and the relevant information is not successfully transmitted to the next layer, the parameterized ReLU function could be utilized.

Another ReLU version that adjusts the slope of the negative portion of the function is called exponential linear unit (ELU). In contrast to the leaky ReLU and parametric ReLU functions, which define the negative values with a straight line, ELU employs a log curve. 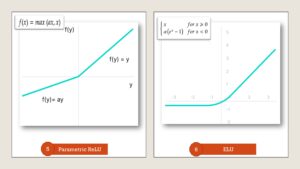 Another form of ReLU introduced by Günter Klambauer et al. in 2017 is the SELU activation function. Only neural networks made up entirely of dense layers are compatible with SELU. For CNN, it might not function. It has the mathematical representation shown in the below figure. Alpha and lambda values for SELU are predefined. 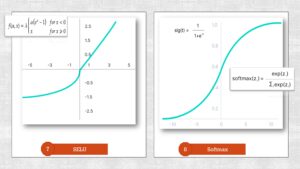 Note: The graphical representation figures of activation functions are taken from v7labs.

Must read: What is the neural network?

Question:  What is the purpose of the activation function?

Answer: The activation function’s objective is to add non-linearity to a neuron’s output.

Question: What is linear and non-linear activation function?

Answer: A linear NN is a NN that has no activation function in any of its layers. Non-linear NN has action functions such as ReLU, Sigmoid, or Tanh in any of their layers, or even in more than one layer.

Question: What is activation value?

Answer: Weighted sum of inputs is the activation value.

Question: Which activation functions are used in deep neural networks?

Answer: Currently, the ReLU is the activation function that is employed the most globally. Since practically all convolutional neural networks and deep learning systems employ it.

Question: What are activation functions and their types?

Question: What is the best activation function?