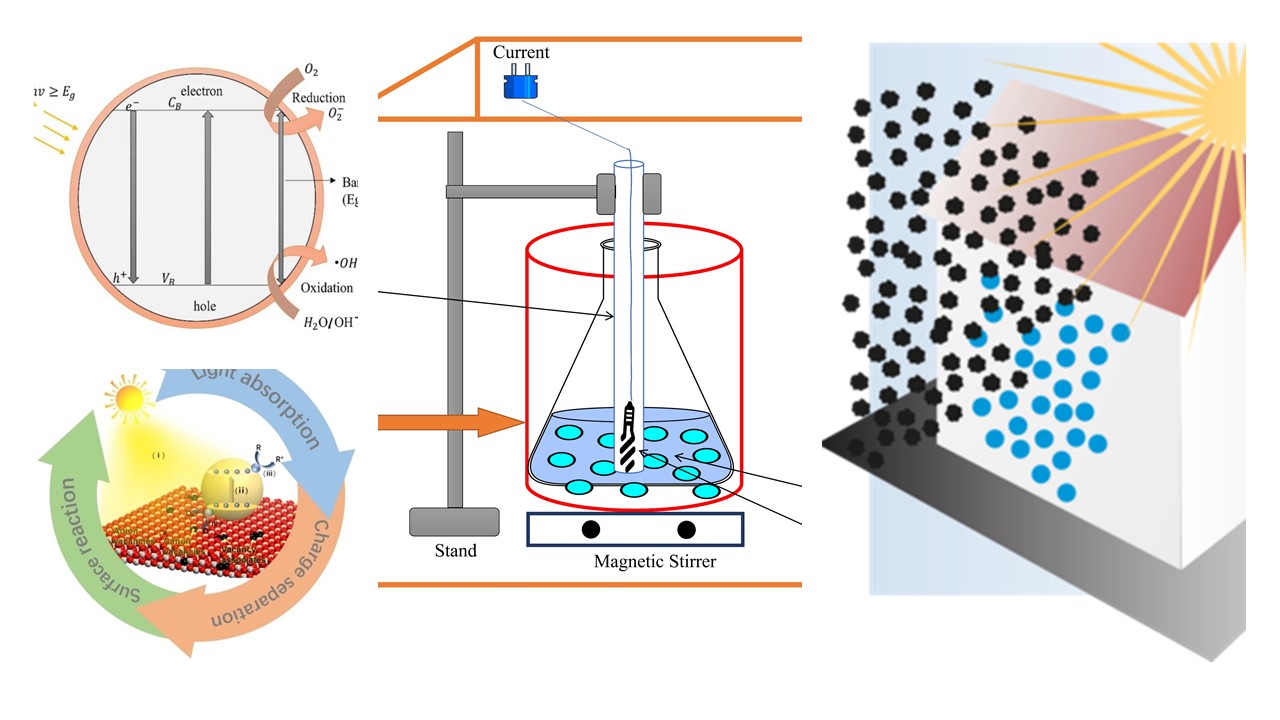 This article will be focusing on the basics of photocatalysis, applications, and mechanism. The details can be understood as per below table of contents.

Photocatalysis is the activity occurring when a light source interacts with the surface of semiconductor materials, called photocatalyst. It is the amalgamation of photochemistry and catalysis. The word “photocatalysis” is derived from the Greek language and is composed of two parts:

The basics of photocatalysis can be understood by the basic principle, the organic molecules come into contact with the surface of the photocatalyst under UV light irradiation, which leads to occur a series of oxidation and reduction (redox) reactions. During this process, there must be at least two simultaneous reactions occurring, oxidation from photogenerated holes, and reduction from photogenerated electrons. The generation of reactive hydroxyl radicals is responsible for the degradation of recalcitrant compounds.

Photocatalytic water splitting is a green technology that uses sunlight to split water into hydrogen and oxygen. This technology can be used to produce clean energy from solar energy. Hydrogen gas can be used to fuel cars and trucks, while oxygen can be used to generate electricity.

There are two types of photocatalytic processes:

What is the Photocatalyst?

A photocatalyst is defined as a substance that is activated by adsorbing a photon and can accelerate a reaction without being consumed.

How does photocatalyst work:

A photocatalyst is a material that absorbs light to bring it to a higher energy level and provides such energy to a reacting substance to make a chemical reaction occur. Current and past research has investigated several types of photocatalysts such as:

However, Titanium dioxide is by far the most widely used. It has been widely used as a photocatalyst in many environmental and energy applications due to its efficient photoactivity, high stability, low cost, and safety to the environment and humans. However, its large bandgap energy, ca. 3.2 eV limits its absorption of solar radiation to the UV light range which accounts for only about 5% of the solar spectrum.

The reaction basically depends on light (photon) intensity and the catalyst. If you got the basics of photocatalysis, You only need to know a few steps which will let you know the whole mechanism of photocatalysis.

A general, summarization of possible reactions occurring during photocatalysis is presented below:

4 thoughts on “What are the basics of Photocatalysis? 1. Mechanistic approach”