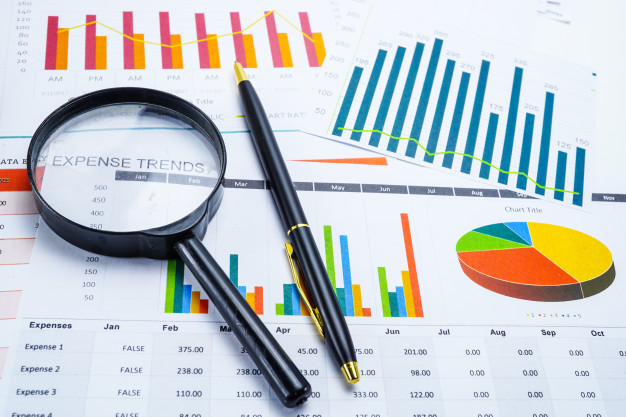 There are so many statistical terms used in research for development, fabrication, optimization, etc.

Statistics is an important subject and plays a key role in research. Good statistical knowledge may help the researchers to systematic approach toward data collection and handling. Decisions related to the adopted process and parameters can take easily by using statistics. A few important statistical terms are being used in research, given as below:

Sum of the squared differences between the overall average and the amount of variation explained by that row source.

The number of estimated parameters used to compute the source’s sum of squares.

The sum of squares is divided by the degrees of freedom.

How much variation in the response is explained by the model along with the overall model test for significance?

The model is separated into individual terms and tested independently. Input parameters are the terms such as A, B, C, and D.

The sequential sum of squares for the linear terms such as A, B, C, and D.

The sequential sum of squares for the two-factor interaction terms such as AB, BC, CD, AD, BD, and AC.

The sequential sum of squares for the quadratic terms such as A2, B2, C2, ABC, etc.

The sequential sum of squares for the cubic terms

It shows how much variation in the response is still unexplained. It is also called error variance or unexplained variance. Mathematically,

It reflects the variability of the observations within each treatment, in another word it is the amount of difference between replicate runs.

The LoF report gives detail about whether the model fits the data well. The report appears only when it is possible to conduct the test.

SSPE measures the inherent variability of y which cannot be explained by any model. (Without repeated measurements, SSPE = 0 and hence we cannot conduct the LoF test)

SSLF represents the variability of y that cannot be explained by the given model. This value may be reduced if a better model is used.

It can be used to identify the dispersion of data as well as how well the data can fit the model. There is some type of SS as follows.

Yi is the observed value, Ȳ is the mean

It is also called “Corrected Total Sum of Squares” (CTSS), It shows the amount of variation around the mean of the observations. The model explains part of it, the residual explains the rest.

It is used to know whether the test is statistically significant. F-value is the test for comparing the source’s mean square to the residual mean square. It can be calculated by dividing two mean squares. It is known as a probability value. It is a statistical tool to determine whether the hypothesis is correct or not. P-value is a number that lies between 0 and 1. It measures the signal-to-noise ratio. A ratio greater than 4 is desirable. The model can be used to navigate the design space for an Adeq value greater than 4.

5 thoughts on “What are the 20 basic statistical terms used in research?”