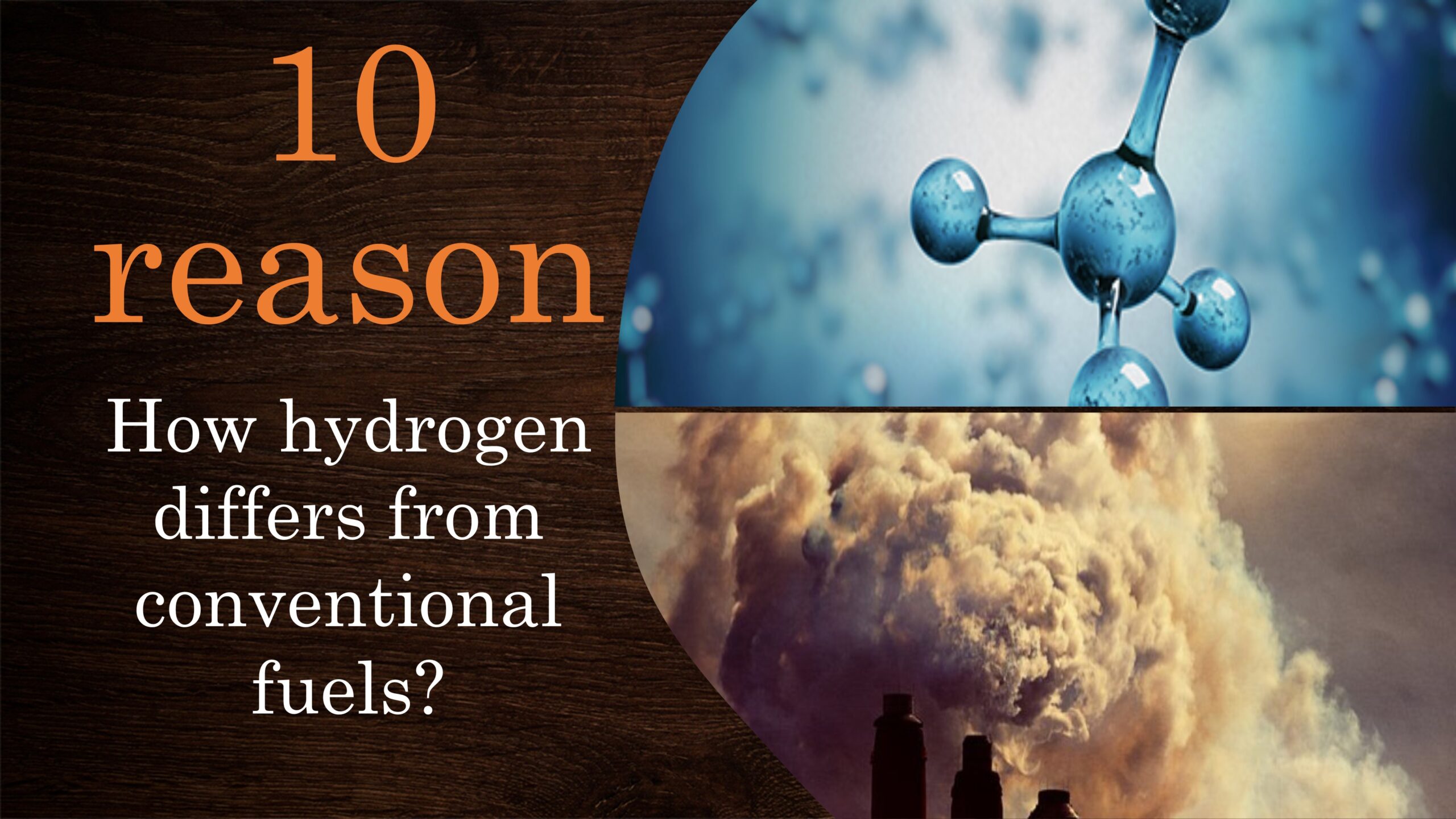 Hydrogen gas is a colorless, odorless, tasteless, and highly flammable gas. It is produced naturally by certain bacteria and fungi and is also created synthetically. Hydrogen gas is used in many industrial processes, including oil refining, steel production, and fertilizer manufacturing. It is also used in some types of fuel cells. Hydrogen gas is extremely useful in the medical field, where it is used to treat cancer patients undergoing radiation therapy. In addition, hydrogen gas is used in rocket propulsion systems and in welding. You may read more about hydrogen (click here)

What are conventional fuels?

How hydrogen differs from conventional fuels

Hydrogen is non-toxic and also non-poisonous. Inhaling hydrogen with outside air won’t have any negative effects.

Hydrogen gas is colorless, odorless, and tasteless. Thus, hydrogen is undetectable by the human senses.

Unlike other renewable energy sources like wind power, hydrogen fuel cells do not pollute the environment through noise. Subsequently, much like electric automobiles, hydrogen-fueled vehicles are substantially quieter than other vehicle engines.

Under normal atmospheric conditions, hydrogen has very less solubility than water which leads to low contamination of water. Hydrogen is not a pollutant because no evidence is found to contribute pollute the surrounding.

Hydrogen weighs approximately 57 times less than gasoline vapor and 14 times less than air. This means that if it is released in the open, it will usually rise and disperse quickly. This is a safety advantage in an outside environment.

Hydrogen-assisted fuel cell technology provides a high-density, energy-efficient source of energy. By weight, hydrogen has the highest energy content of any common fuel.

The most plentiful element in the universe, hydrogen, is a renewable energy source despite the associated tricky challenges. It is an incredibly abundant and renewable source of energy, ideal for our combined heat and power supply needs in the future which is zero-carbon.

In the case of efficiency, knowing hydrogen differs from conventional fuels is quite difficult, because the complete implementation of hydrogen energy is still in the way of research. Researchers found that many other energy sources are inefficient in comparison to hydrogen gas-assisted hydrogen fuel cells.

You may read a few important articles on hydrogen below: