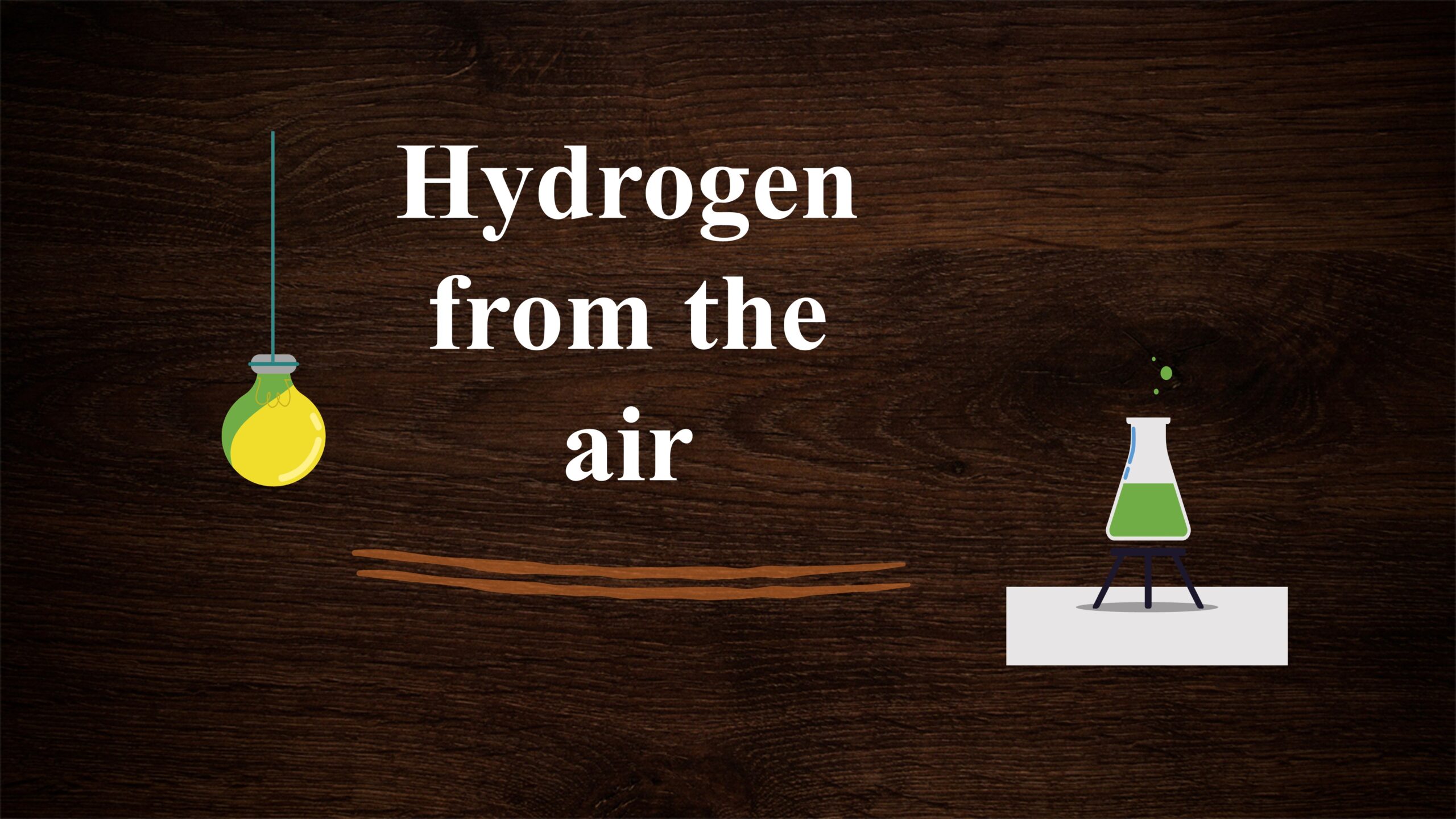 Hydrogen is a colorless, odorless, and tasteless substance that is non-toxic, flammable, highly reactive, and extremely volatile. We have never seen a cleaner fuel than hydrogen. However, we must find ways to produce it in an efficient and safe manner. Hydrogen is a chemical element that occurs in trace amounts in many natural substances. Learn more about hydrogen (click here).

Before discussing the production of hydrogen from air, we should know the three major categories of different hydrogen production processes are as follows:

Each processing method has advantages and disadvantages, and each of these methods has been discussed in detail (click here). In our previous article, we summarised the seven important production technologies drawn from the three major categories mentioned above. Let’s look at some cutting-edge technological possibilities for hydrogen production to drown out the major categories listed above (click here).

Production of hydrogen from air

Water, which is abundant in nature, can be used to produce hydrogen naturally. Hydrogen is a gas that can be created by breaking down water molecules. Water can be converted into hydrogen and oxygen gases using the electrolysis technique. Electrolysis is the simplest and easy process of water splitting in which molecules of water break down into oxygen and hydrogen gases. Now, researchers have reported a method for producing hydrogen gas from only humidity in the air. Researchers from the Australia’s University of Melbourne have developed a new technique for producing hydrogen fuel from moisture absorbed from the air. Furthermore, it works even when the humidity is lower than in the world’s driest deserts.

Recently, in an article in Nature’s communication, the research team published a paper in which they explained Direct Air Electrolyzer (DAE). The DAE was able to able to electrolyze air humidity and convert it to clean and green hydrogen.

A new solar-powered invention can extract hydrogen from the atmosphere. According to the researchers, the prototype generates hydrogen with a purity of over 99% and can operate in the air as dry as 4% RH.

Li and his research group carried out a study in which they use air moisture as a water source. According to them, there are nearly 13 trillion tonnes of water in the air at any given time, and even dry environments, have an average relative humidity of 20%. The researchers soaked a sponge or foam in a water-absorbing electrolyte liquid and sandwiched it between two electrodes to tap into that humidity. “By capillary force, water extracted by the electrolyte is spontaneously transported to the electrodes and electrolyzed into hydrogen at the cathode and oxygen at the anode.

As we know that electrolysis is the simplest technique that involves passing an electric current through two electrodes into the water, and has traditionally been used to separate hydrogen and oxygen from liquid water. This electrolysis method would be effective only in areas or regions with a plentiful supply of water. Hydrogen from the air could get great attention in many places with abundant renewable energy sources that have an insufficient water supply. However, for the time being, the most significant barrier to green hydrogen from air is costly. Until and unless electrolyzer technology becomes more affordable and efficient.

Production of hydrogen from water